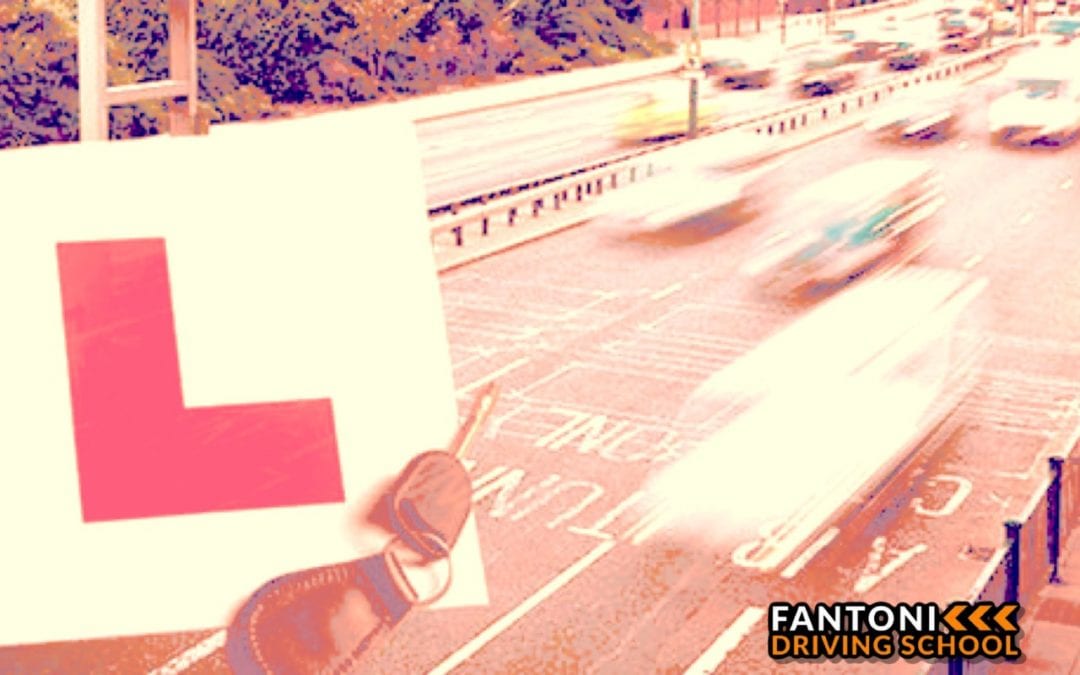 It’s been roughly 3 years since learner drivers have been allowed driving lessons on motorways. How time flies! Customers of Fantoni Driving School are often still unaware of this fact, until they are offered the chance to have a go on one. Have a look at the video in this post that was filmed just after our first ever motorway lesson!

For anyone that didn’t  know or needed a reminder, The law now states that a provisional driving licence holder can drive on a motorway under the supervision of an approved driving instructor. This law came into effect as of June 2018.

This Law was brought in so Learners drivers could learn how to:

This Lesson also gives the learner the opportunity to discuss breakdown procedure on a motorway as well as familiarisation with motorway specific signs.
The lesson should be on a voluntary basis. It is then up to the driving instructor to decide whether the student is ready to drive on a motorway.

As an example, you should have already driven at higher speeds and be able to approach junctions independently.  Car control should also be at a competent standard. Your Instructor will then assist you on your lesson with road procedure and planning.

In my experience, since this regulation was introduced, the majority of learners don’t take advantage of motorway lessons as a learning opportunity. Lessons tend to be driving test orientated, as that falls more within the learner’s short term goals. This is understandable given how much freedom can be gained as a full driving licence holder. Occasionally a learner/full licence holder will ask for a motorway lesson.

Even after the change in the law which permits learners to drive on motorways, it remains the case that learners will NOT be tested on motorways during the driving test.

When motorway lessons do happen at Fantoni Driving School, they are brought in towards the, “back end” of the student’s training. If for example a student has already covered all of the driving test criteria, a motorway lesson might then become useful.

The lessons themselves are focused on increasing the student’s ability to join and leave the motorway safely. Separation distances and overtaking are also brought in when necessary and appropriate.

Going forwards, I would encourage all our students to take a motorway lesson with their instructor should they get the chance. It could prove an invaluable experience for beyond the driving test.

This website uses cookies to improve your experience while you navigate through the website. Out of these cookies, the cookies that are categorized as necessary are stored on your browser as they are essential for the working of basic functionalities of the website. We also use third-party cookies that help us analyze and understand how you use this website. These cookies will be stored in your browser only with your consent. You also have the option to opt-out of these cookies. But opting out of some of these cookies may have an effect on your browsing experience.
Necessary Always Enabled
Necessary cookies are absolutely essential for the website to function properly. This category only includes cookies that ensures basic functionalities and security features of the website. These cookies do not store any personal information.
Non-necessary
Any cookies that may not be particularly necessary for the website to function and is used specifically to collect user personal data via analytics, ads, other embedded contents are termed as non-necessary cookies. It is mandatory to procure user consent prior to running these cookies on your website.
SAVE & ACCEPT